Control the Galaxy & Battle More Players Than Ever Before in The New Expansion for EVE Echoes, INDOMITABLE
//www.eveechoes.com/news/official/20210107/31611_925901.html 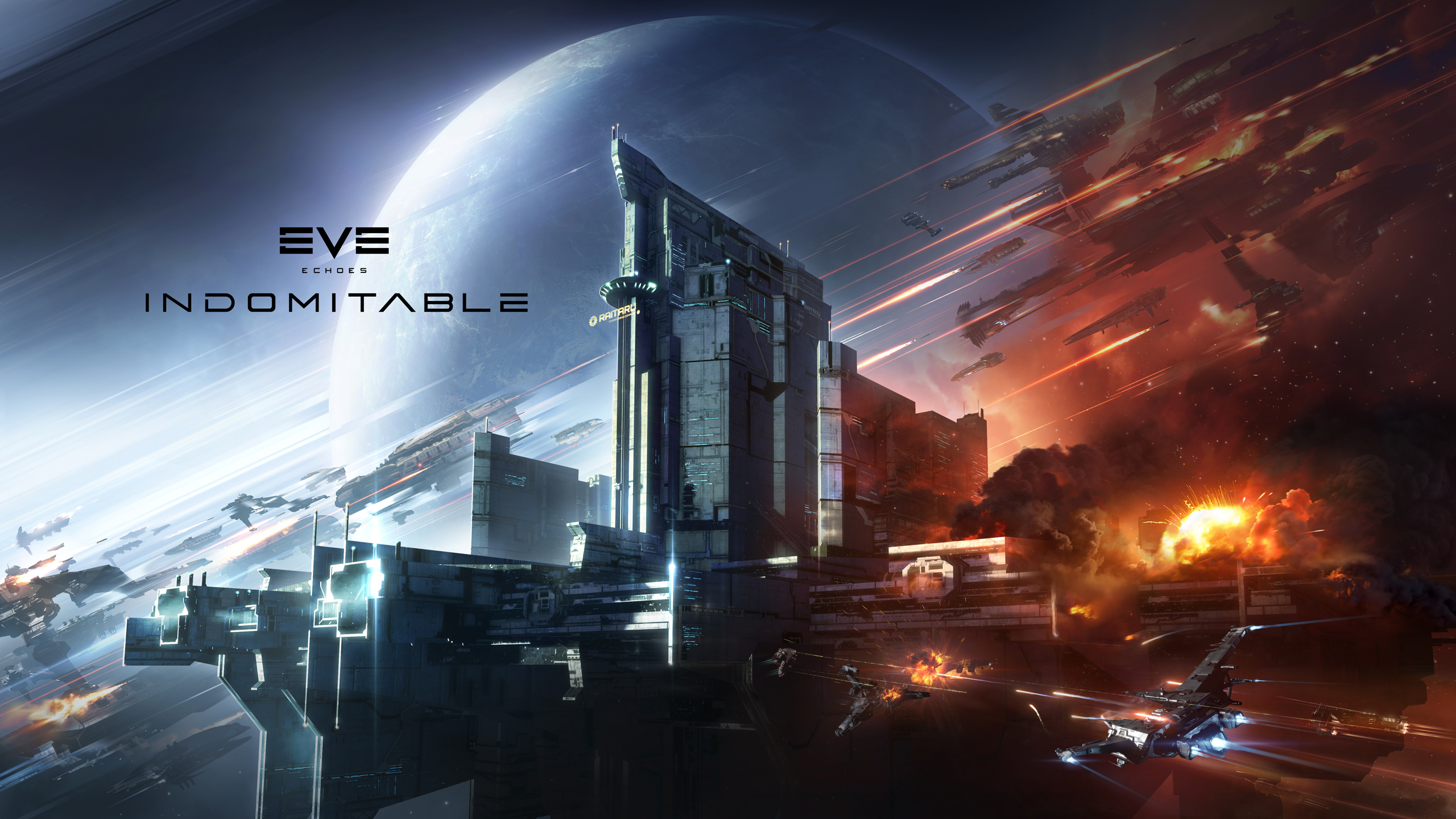 Yesterday, NetEase Games and CCP Games launched its first expansion for EVE Echoes - INDOMITABLE, which is delivered as a free update to all players on Android and iOS devices. EVE Echoes is the next-gen sci-fi sandbox MMO for mobile devices that lets gamers play any role they want, from savvy interstellar trader to ruthless galactic invader.
HOME NEWS FAQ
En

Control the Galaxy & Battle More Players Than Ever Before in The New Expansion for EVE Echoes, INDOMITABLE

NetEase Games and CCP Games announce the INDOMITABLE Expansion for EVE Echoes, inviting players to claim the most dangerous sectors of the galaxy and defend them from invaders.

Yesterday, NetEase Games and CCP Games launched its first expansion for EVE Echoes - INDOMITABLE, which is delivered as a free update to all players on Android and iOS devices. EVE Echoes is the next-gen sci-fi sandbox MMO for mobile devices that lets gamers play any role they want, from savvy interstellar trader to ruthless galactic invader. The INDOMITABLE expansion increases the scope of the game even further, as pilots can now carve out pieces of the galaxy and rule over them, so long as they also have the strength to defeat any enemies that cross their path.

INDOMITABLE will bring even fiercer fights to the regions of EVE Echoes classed as nullsec space, which are also known as the most hazardous and lawless systems in the game. The addition of highly anticipated Territorial Claim Units, Corporation Stations, and Player-owned Stations such as Citadels provides pilots with the chance to assert control and claim sovereignty over these nullsec areas. Citadels are not mere structures built to function in the background, rather they operate as both a base and shelter for players and their allies in these lawless and dangerous zones. These Citadels will become some of the most important strategic locations in New Eden, and the race to establish them has begun!

The stars and settlements of New Eden have already become a battleground for over three million mobile gamers. With the release of INDOMITABLE, the scale of PvP conflicts is set to explode, as maximum fleet size has been increased to 50 pilots and alliance capacity has been expanded to 30 corporations. Moreover, EVE Echoes’ newly implemented Time Dilation (TiDi) feature provides pilots with an improved gameplay experience when joining in the game’s epic thousand-player battles together with their friends. When lots of pilots start to crowd in a system, TiDi will activate automatically and slow all in-game actions while keeping them running smoothly to prevent players from lagging and crashing. TiDi allows epic battles to take place on a scale never seen before in EVE Echoes. In order to claim sovereignty and expand their territory on the Starmap, pilots can resolve matters peacefully through diplomacy, or wage war across the galaxy. It is up to the players to write their own history among the stars.

Although INDOMITABLE is the first major expansion for EVE Echoes, it is just the first step in establishing sovereignty in the galaxy. “Another expansion will be coming soon,” says EVE Echoes producer Su Wei. “Now we’re working on updating the system to support more than 500 pilots in one system. In the future, we will add more content, including more corporation structures, new citadel skins, and increase the resource output of nullsec areas.”

“As a sandbox game, the most meaningful content in EVE Echoes is always created by our players,” says Bing Xi, General Manager at CCP Games’ Shanghai studio. “With the introduction of our new sovereignty feature, I am looking forward to new dynamics being added to the universe and more epic content being created by players.” The battle to take over nullsec space is only just beginning, and the INDOMITABLE update is the first step towards bigger things in EVE Echoes.
To learn more about EVE Echoes, visit:

NetEase Games is the online games division of NetEase, Inc. (NASDAQ: NTES and HKEX: 9999), developing and operating some of the most popular mobile and PC games in markets including China and Japan. As one of the world's largest incubators of quality online game content, NetEase Games is dedicated to supporting the growth of innovative studios around the globe and growing an international presence along the way. To complement its self-developed games and world-class R&D capabilities, NetEase Games also partners with other industry leaders including Blizzard Entertainment, Mojang AB (a Microsoft subsidiary) and other global game developers to operate some of the most popular international online games in China. For more information, please visit neteasegames.com.

About CCP
CCP is a leading independent game developer that has been praised for its artistry, technology and game design that facilitates emergent behavior, empowering players with compelling means of self-expression. Founded in 1997 on the principle of pushing the envelope and breaking new ground on all levels, CCP is on a mission to create virtual worlds more meaningful than real life. With the launch of EVE Online in May 2003, CCP established itself as a pioneer of cutting edge massively multiplayer games, winning numerous awards and receiving critical acclaim worldwide. CCP is headquartered in Reykjavik, Iceland, and has additional studios in London and Shanghai. For more information, visit www.ccpgames.com.